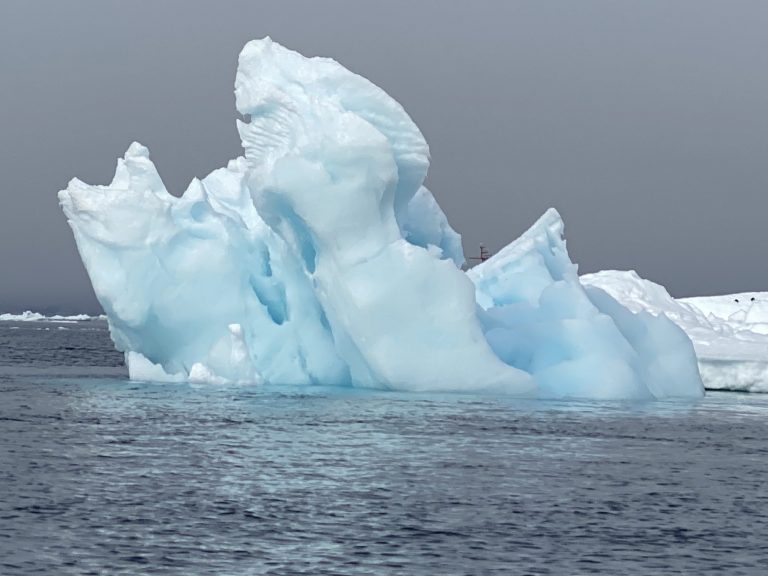 A trip of a lifetime!

In early January this year, before Coronavirus closed the travel borders and created travel chaos, Bruce and I travelled to South America for a trip of a lifetime aboard an expedition ship to Antarctica, and also spending time in Chile, Ecuador and the Galapagos Islands.
Our trip began in Chile, arriving to views of the breathtaking Andes mountain range, and a fabulous horseriding adventure, crossing streams and mountain tracks and many other points of interest, including encountering smoke all the way from the Australian bushfires that were happening at the time.
Then we took a commercial flight (which was more like a spectacular “scenic” flight) into Cordoba, an agricultural area in Argentina – a popular holiday destination for locals of the city of Buenos Aires.
The following morning we flew to Ushuaia – the world’s most southern city, located 1100km from the coast of Antarctica. Ushuaia is a beautiful area, bordering Patagonia and surrounded by snow capped mountains. We began our expedition trip aboard the Ushuaia which had 80 guests and 42 crew onboard along with biologists, marine biologists, ornithologists and environmental scientists which made for a very enlightening and educational journey.
Guests aboard came from all over the world, with only 7 from Australia. Our German expedition leader had a particular interest in history which proved to be very insightful. We learnt so much from lectures given while at sea and also during the many land expeditions we did over the next 20 days.

We commenced from Ushuaia to Stanley in the Falkland Islands, a 2 day sailing triparriving to its myriad of historical  stories, visiting a huge Albatross colony to view  thebirds and chicks and beautiful beaches, and had a great historical lesson on the Falklands War.

Another 2 days of sailing before arriving into South Georgia which after previously travelling to Africa, is likened to the Tanzanian Serengeti but instead of the many land animals in Africa, South Georgia has thousands and thousands of penguins, sea lions, elephant seals and birds. To me this was the highlight of the trip- a real jaw dropping moment.
Reindeer had been brought to the island for food in the past however they have now been completely exterminated as only evidence of the antlers still remain.

I suggest if anyone is considering an Antarctic trip you MUST include South Georgia on your itinerary.
Our expedition days usually consisted of landings twice daily, walks and of course lots of photography. The biosecurity was extremely strict, as after being in the Falklands our clothing, footwear was inspected with tweezers to take any seeds etc from our clothing. Seeds have a tendency to stick to the Velcro which now is part of many forms of clothing. Both embarking and disembarking your boots are sanitised, as penguin colonies need to be strictly protected against disease.

Penguin colonies, now that’s what you call ‘close living’. We believe we saw in excess of 5 million – all alive and well. Such organised colonies, moving at times, perched up hundred and hundreds of feet on hills – amazing. We fell in love with the different species- so entertaining, and so resilient. Must admit though, as time went on I could smell the colonies from kilometres away…krill…a very specialodour….and I am sure it entrenched itself in our clothes..poooo!

One of our exciting moments was when we were swamped by a wave as we were trying to depart from a landing in our Zodiac – I ended up fortunately on the bottom of the Zodiac, with Bruce trying to catch me, however some others ended up in the sea!

On leaving South Georgia we had another 2 days sailing to the Antarctica Peninsula. We were blessed with amazing calm seas- which we were told it was quite unusual – but we were just ahead of the weather on the journey, so were very lucky. Amazing though to be out in the middle of nowhere and a sea lion would be resting, or we’d see whales breaching, and spotted many species of birds, it was verysurreal.
It was not all animal life, we also visited scientific outposts- the Chilean,Argentinian and Polish stations- interesting what they do and the data they keep, now that’s what you call isolation!

As we sailed Bruce read the tales of Shackleton- we watched docos organised by the staff and overall was an amazing learning experience (we realised how our education system had let us down!). Shackleton is a great story, an amazing feat by human beings in unimaginable conditions. We visited old Whaling Stations- buildings still standing with huge blubber tanks and the likes – one can only imagine how life would have endured. Despite now being against whaling, it is thought that if this had not occurred it would have changed the entire face of the industrial revolution.We even had a whiskey around Shackleton’s grave side- despite being “attacked” by sea lions trying to get to the grave site- but that’s another entire funny story for another time!

We learnt the difference between a sea lion and a seal – do you know?
We saw spectacular frozen landscapes, plenty of ice and glaciers, some icebergs 2 km long, with only 20% of their mass above the waterline. We didn’t realise how many different shades of blue exist!
Anyone who visits the Antarctica Peninsula needs to take a dip in the sea – which we did – it was chilly but invigorating, and lots of fun!

As our trip came to an end we had 2 days of sailing back to Ushuaia, where the seas were not as kind – really rough and we were not allowed onto the deck for a 24 hour period. The Drake Passage is quite famous for “ sea sickness” but worth every second after the adventure we had, and it did not finish there.
After we disembarked we headed for Ecuador and Galapagos but that’s another entire story for another time. All I can say this was a truly amazing, adventurous trip, meeting interesting people and most of all exciting experiences- one that all should do!